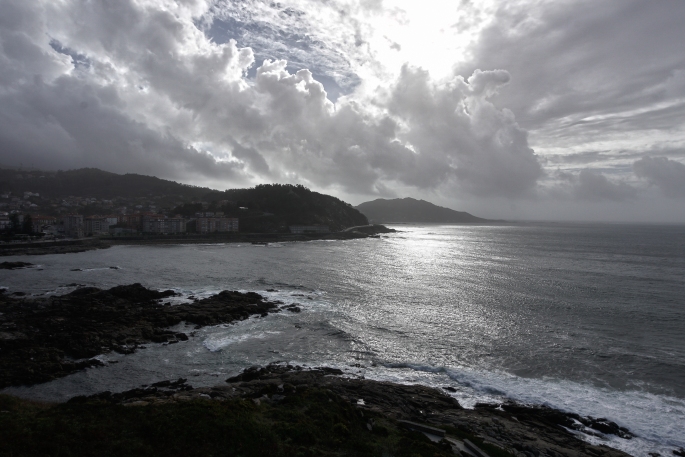 Posted here will be excerpts from my novel, Turmoil in the Renaissance – A Historical Fiction of Ludovico Sforza – Duke of Milan

Available for purchase from BookLocker.com, Amazon.com and Barnes and Noble.com

Ludovico Sforza, called “Il Moro” because of his swarthy appearance, was born the second son of the Duke of Milan, Francisco Sforza, a condottiere who usurped the realm from the recently formed Ambrosian republic in 1450 and established the Sforza dynasty. Francesco was instrumental in forming the Peace of Lodi in 1454 between Milan and Venice, which kept the peace for 40 years between them and the other major powers on the Italian Peninsular, the Kingdom of Naples, the Papal States,  and the Republic of Florence. They and the smaller states formed the Italian League to defend one another in case of attack from foreign powers invading the Italian Peninsular.

After Francesco’s death, Ludovico’s older brother, Galeazzo Maria, inherited the domain. In the service of his brother, Ludovico learned the duties of a ruler, and performed them admirably, always, however, harboring the thought that it would take an extraordinary event for him to inherit the throne from Galeazzo’s young son, Gian Galeazzo. Like his father, Galeazzo started a vast building program, always with the idea to keep the populace at bay. New public buildings were built in the style of the high renaissance, new piazzas were constructed that encouraged new neighborhoods, artists were invited to the city. Ludovico enjoyed overseeing some of these construction projects, the details involved in them, the people who sought his favor, the praise upon their completion.

*****
The moon hid behind clouds on the night of his brother’s assassination, darkening the narrow, cobblestoned streets like a dark cover concealing an unwanted, marred object. Yes, the people resented the imposition of high taxes to support Galeazzo’s lavish and dissolute lifestyle; his cruel behavior was widespread, particularly to the nobles and their females who were the main recipients of it. They harbored a deep, long-lasting resentment to his reign. They, together with subversives who hoped to reestablish the republic that had been usurped by Galeazzo’s father, plotted his murder on this dark cloud-covered Saint Stephen’s Day of December 26, 1476. Three men hid in the dark shadows of Saint Stephen’s Church as Galeazzo Maria knelt in church. The attack was vicious and quick. One of the men approached him, bending over as if to address him and with a quick hard thrust dug a knife into his chest. The other two assailants then added their daggers to the attack. Galeazzo fell gasping for breath, his blood ebbing onto the tiles of the nave. Two assailants were captured as they ran from the church and killed immediately. The remaining assailant scurried into the street, unsure where he was headed, turned a corner, pursued by the Galeazzo’s guards, finally cornered and dragged away from the narrow, unlit street. Later, nearly all his bones were broken, and he was flayed alive but not before he died with one of the most memorable last sentences. “Death is bitter, but fame is everlasting.” Above them the moon revealed itself from behind a cloud; Ludovico’s beaming smile hid behind palace walls when he heard the news.

Upon Galeazzo’s death, his seven-year-old son, Gian Galeazzo, became Duke with his mother, Bona of Savoy, acting as Regent. At 24 years of age, Ludovico yearned for leadership, feeling that the time he spent in his brothers’ employ, had prepared him to be the successor to his brother’s title. His vigor, he believed, was essential for safeguarding the realm and advancing its interests, interests that were always in danger from the city-states and republics surrounding Milan. For a time, he was conscientious in avoiding any conflicts with Bona, feigning sincerity as best he could while gathering support from trusted conspirators. He made no changes in lifestyle, living as evenly as he could, and complacent in his behavior and interactions with Bona. He walked the same paths he always walked, met the same people he always met, drank with the same people with whom he always drank. He was aware, however, that Bona was probably spying on him for fear of just what he might be contemplating.

Ludovico sat in his apartment enjoying a glass of wine several weeks after his brother’s murder, looking at a painting on the wall above the cadenza, fine silver candelabra and ceramic vases beneath it spread out in a neat arrangement. Flames from logs burning brightly in the fireplace flashed on the walls, highlighting the painting. It was one of his favorites. It depicted the myth of Zeus disguising himself as a white bull to seduce the beautiful Europa, painted in the bright colors and technique recently introduced in Florence with the use of oil paints. The myth tells the tale of Zeus coming across the beautiful Europa in a meadow, turning himself into a bull after his rejection to whisk her away to the island of Crete. Ludovico’s wine had grown warm in his hand. His thoughts wandered to the best way to move on his desire to fill his brother’s position. Was force the way to proceed, either deadly or otherwise, or was subtlety and flattery, coupled perhaps with seduction the way to proceed?

As he sat there pouring another glass of wine, his thoughts turned to his father, Francesco. He had lived a life of adventure, led men in war and commanded attention from all around him including his enemies and had turned Milan into one of the most powerful states on the peninsular. He wrested the Duchy from the Ambrosian republicans, who briefly captured the city after the death of Duke Filippo Maria Visconti and was successful in maintaining the balance of power in the region, often with the support of the Medici in Florence. Ludovico not only admired his father but, even as a child, had an intense desire to emulate him, to succeed where he had not. He remembered his father confiding in him his desire to protect the Duchy and to expand it as a means to defend it. Francisco Sforza always felt that expansion would protect his lands by providing a buffer for the city and would make available more men to enlarge his already substantial army. Just as necessary, he emphasized the importance of defending the city with new weapons and innovative defenses. “Always be vigilant in seeking creative ways to protect the city,” he remembers his father saying as they walked the gardens together. Francisco inculcated his dreams to his young son among the eucalyptus and cypress trees, the flowering hyacinths and geraniums. Ludovico took to heart all of his father’s lessons and carried them with him for the rest of his life, never doubting their relevance to his own future.

Ludovico believed the populous would be less accepting of the Mother Regent than they were of his brother and, therefore, it provided an opening for him. She would have to prove herself. Although she inherited the same counselors that advised her husband, all generally good men in their fields, Ludovico had noticed in private that she was petulant and overbearing. Would her behavior bring disfavor on her from these counselors? Then again, would one have to secure the favor of all the advisors? Is one more important than the others? The cinders in the hearth were crackling, their grey and red glow easing into flaky grey, dissolving into the already fallen ash.